This fact (Xiaobo's imprisonment) alone shows that the award was necessary and appropriate.”

Friday's ceremony was the first time in 74 years the prestigious $1.4 million award was not handed over, because Liu is serving an 11-year sentence in China on subversion charges for urging sweeping changes to Beijing's one-party communist political system.

China was infuriated when the 54-year-old literary critic won, describing the award as an attack on its political and legal system. Authorities have placed Liu's supporters, including his wife Liu Xia, under house arrest to prevent anyone from picking up his prize.

As dignitaries from around the world stood and clapped, Norwegian Nobel Committee chairman Thorbjoern Jagland gently placed the Nobel diploma on the empty chair where Liu would have sat.

In a speech at the ceremony, Jagland noted Liu's imprisonment and regretted that he is not present to receive the award. He said "this fact alone shows that the award was necessary and appropriate." 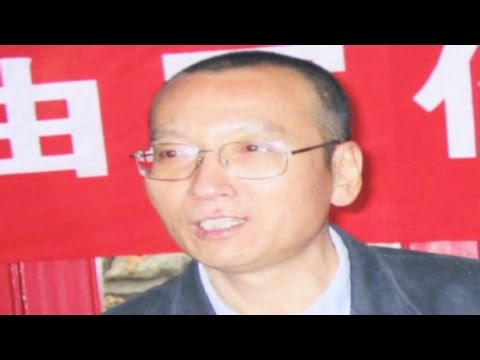