A mass protest against tuition fees by more than 45,000 students turned violent as a huge procession to the House of Commons passed David Cameron's campaign headquarters.

Trouble-makers surged through police lines and occupied the lobby of the Millbank Tower.

About 50 protesters got on to the roof, dropping a large metal fire extinguisher on to riot police. One waved a black and red anarchist flag at the cheering crowd below.

The officer was injured during scuffles with demonstrators gathered near Trafalgar Square.

The protest was due to end at 2pm but a group remained at the central London location.

After ignoring police requests to leave the area, 139 were arrested for breach of the peace and seven for violent disorder.

Earlier in the day seven people were arrested during the protest march.

Demonstrations were held in cities throughout the UK including Bristol, Leeds, Manchester and Birmingham, where around 50 students occupied the town hall.

Jody McIntyre says officers beat him with batons and pulled him across the ground and has now accused the police of premeditated violence during Thursday's protests.

The 20-year-old told The Sunday Telegraph: "I wasn't the only one to suffer that day. The police deliberately used violence to try and provoke the protesters into fighting back and in that way losing public support."

His claims came after the Independent Police Complaints Commission launched an investigation into claims that student Alfie Meadows, 20, was left fighting for his life after being struck by a police truncheon as he walked away from the scene of the protests.

A car containing Prince Charles and the Duchess of Cornwall has been attacked amid violence after MPs voted to raise university tuition fees in England.

A window was cracked and their car hit by paint, but the couple were unharmed.

In angry scenes, protesters battled with police in Parliament Square. Hundreds were contained on Westminster Bridge for a time by officers.

Police say 12 officers and 43 protesters have been injured, while 34 arrests were made.

Police have been accused of trying to stop civilians injured during the student protests being treated at the same hospital as officers.

His mother Susan Matthews said police objected to him being treated at Chelsea and Westminster Hospital.

She told BBC London his ambulance driver was angry about the stance. The police have refused to discuss details.

Scotland Yard is under pressure after video footage emerged of police officers on horseback charging a crowd of protesters during a demonstration against increases in university tuition fees, 24 hours after they denied that horses charged the crowd.

Footage posted on YouTube showed mounted police riding at speed into a crowd of around 1,000 protesters who had gathered south of Trafalgar Square on Wednesday night.

The 2010 UK student protests are an ongoing series of demonstrations that began in November 2010 in several areas of the United Kingdom, with the focal point of protests centred in London. The initial event was the largest student protest in the UK since the Labour government first proposed the Teaching and Higher Education Act in 1998. Largely student-led, the protests were held in opposition to planned spending cuts to further education and an increase of the cap on tuition fees by the Conservative-Liberal Democrat coalition government. The proposed budget reduction followed a review into higher education funding in England conducted by Lord Browne. Student groups said that the intended cuts to education were excessive and broke campaign promises made by politicians, amounting to "attempts to force society to pay for a crisis it didn't cause."

The first major demonstration occurred on 10 November and was jointly organised by the National Union of Students (NUS) and the University and College Union (UCU). Arriving from all over England, Wales, Scotland and Northern Ireland, approximately 30,000 to 52,000 protesters attended the demonstration on the streets of central London. Further protests were held on 24 and 30 November, and 9 December, with students holding rallies and occupying government and university buildings. Organisers said that most of the protests were peaceful, but sporadic acts of violence and vandalism were reported by authorities; protesters and police officers alike were injured, and in some cases hospitalised. In one incident, a car carrying Prince Charles and his wife Camilla, Duchess of Cornwall, was attacked on Regent Street. 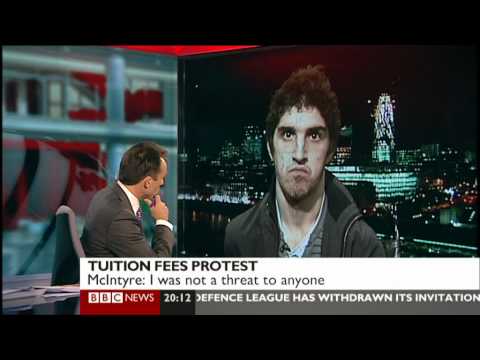 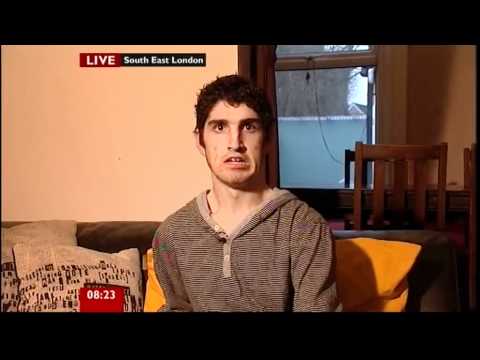 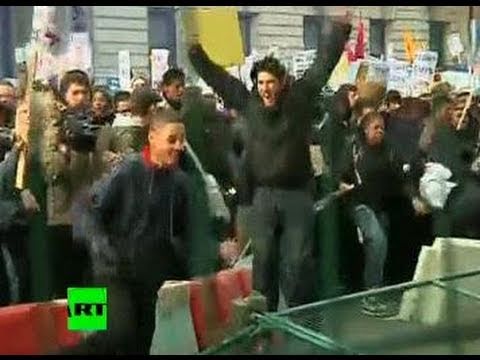 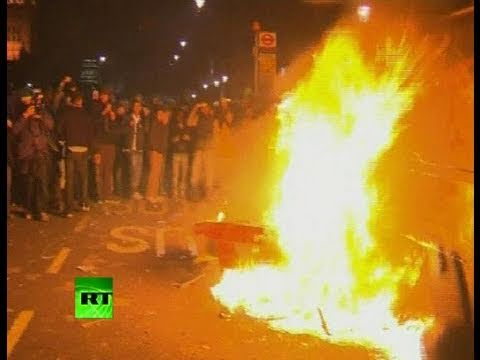 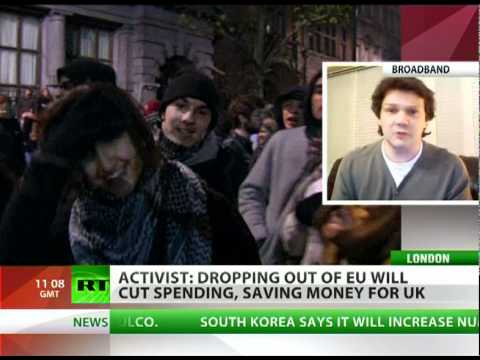 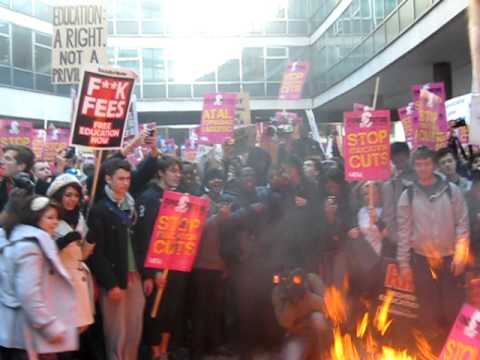 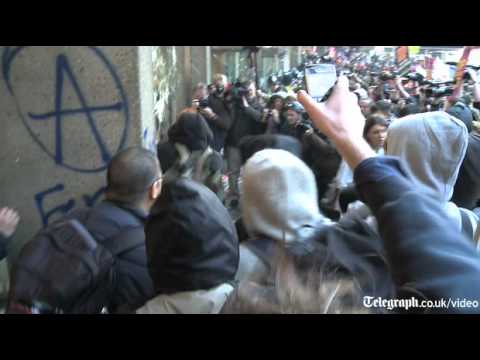 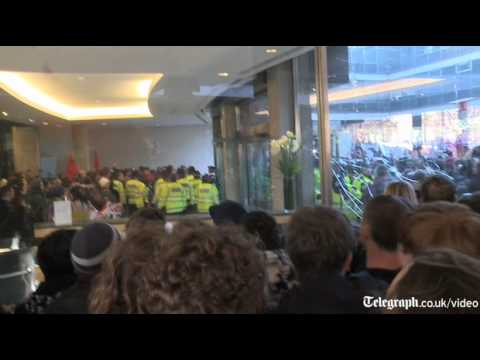 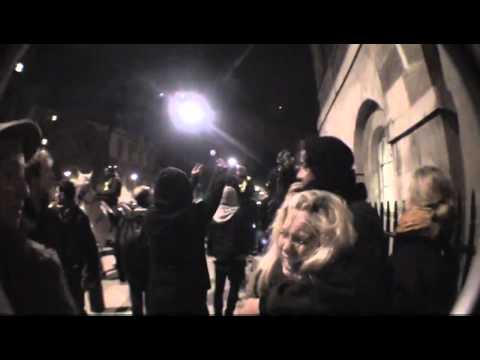 View other events that happened in November 2010