Microsoft is gearing up for a massive marketing push to launch Kinect -- a controller-free Wii-killer for the Xbox -- and blow away the competition come Christmas.

Backed by a half-billion-dollar budget, the tech giant is rolling out a major movie-style marketing blitz aimed at driving its motion-sensing device to the top of holiday wish lists.

Like a much anticipated summer blockbuster, Kinect will appear on everything from soda cans to cereal boxes and will span television, magazines and the Internet.

The company began planning the launch 18 months ago with the help of Hollywood producer Steven Spielberg.

With 45 million game consoles sold, Xbox 360 is Microsoft’s monster hardware hit. And today, what will surely be its second monster hit goes on sale: the Kinect.

Microsoft kicked off the Electronic Entertainment Expo in Los Angeles this morning by giving the boot to the iconic video game controller.

Microsoft wants people to start using their full bodies to play video games. The Redmond, Wash., software giant showed off a sensor-based technology that recognizes faces, voices and body joints to affect the movements on screen. In a demo game called Ricochet, players can use their arms, legs, torso and head to block an onslaught of virtual projectiles. Another game called Paint Party lets users splash virtual paint onto an on-screen canvas. Players call out different colors to change the palette. 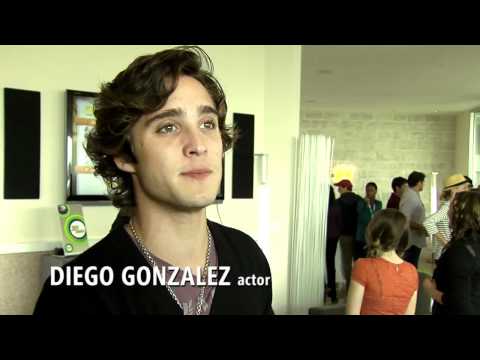