The assistant coach of Togo's national soccer team is among the victims of Friday's machine-gun attack on a bus carrying the squad to a tournament in Angola, the country's official news agency reported Saturday.

As many as three people were killed and nine injured in the strike, which prompted the team to decide Saturday to pull out of the Africa Cup of Nations tourney.

Togo's footballers are being recalled from the Africa Cup of Nations by their government following a deadly attack on the team's bus in Angola.

An assistant coach, press officer and driver were killed. Two players were shot and injured in Friday's attack.

The Angolan government and tournament officials had been pressing Togo to stay for their group games in Cabinda.

Togo government minister Pascal Bodjona said the team was coming home because the players were in a state of shock.

A senior official of the dissident group that launched a fatal ambush on the Togo football team has expressed his "condolences", saying rebels attacked their bus by mistake.

Rodrigues Mingas, secretary general of the Front for the Liberation of the Enclave of Cabinda (Flec), said his fighters had meant to attack security guards as the convoy passed through the Angolan province of Cabinda, which sits wholly inside Congo.

Today, Angolan state media reported two arrests in connection with Friday's attack, which came as the Togo team travelled to the Africa Cup of Nations. Three people were killed ‑ the team's assistant coach, its official spokesman and the bus driver.

Gunmen opened fire on a bus carrying Togo's national football squad to the top African tournament in Angola on Friday, killing the driver and wounding nine others, including two players, a Togo team official said.

The bus had just entered the Angolan enclave of Cabinda, where separatists have waged a three-decade long war, when it came under heavy gunfire for several minutes, he said. An Angolan minister called the attack an "act of terrorism."

The African Cup of Nations was in danger of collapse on Friday night with Togo threatening to withdraw from the competition after a coach carrying the country’s football team – including Manchester City striker Emmanuel Adebayor – was attacked by gunmen, who killed the bus’s driver and wounded six others, including two players.

It’s understood that City are keen for Adebayor to return to England – if Togo allow that - as soon as possible while several other Premier League clubs, including Aston Villa, whose midfielder Moustapha Salifou is also in the squad, have asked the Football Association to seek urgent clarification. 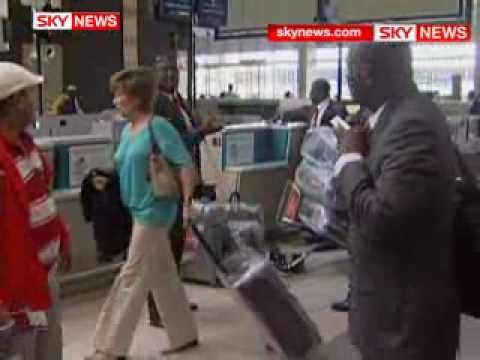 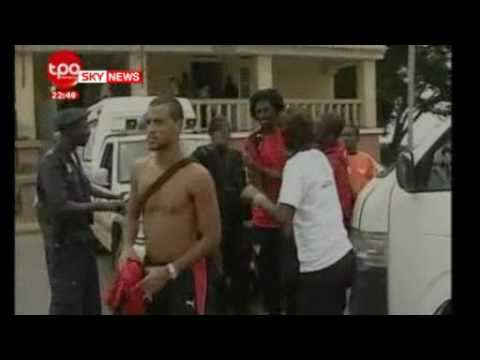 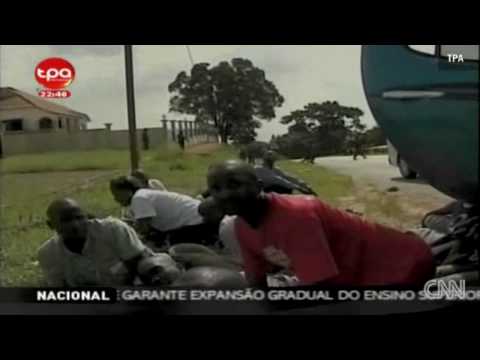