23) for a surprise performance at the Raggamuffin music festival in New Zealand. Hill performed "Doo Wop (That Thing)" -- a throwback from her Grammy-winning album "The Miseducation of Lauryn Hill" -- and a YouTube video of her performance is now reassuring fans that she hasn't lost her magic.

In mid-2008, a source at Hill's label said that she was "on haitus" after a string of poor live performances and an onstage meltdown in New Orleans left fans demanding refunds. Hill also scheduled festival appearances in November 2008 and April 2009, but later cancelled for what were said to be "personal reasons."

Joining Hill at the Raggamuffin fest were Sean Kingston, Shaggy and Julian Marley, but not her fellow Fugee member Wyclef Jean, who couldn't attend due to his relief efforts in Haiti but promised fans he'd be back to perform next year. 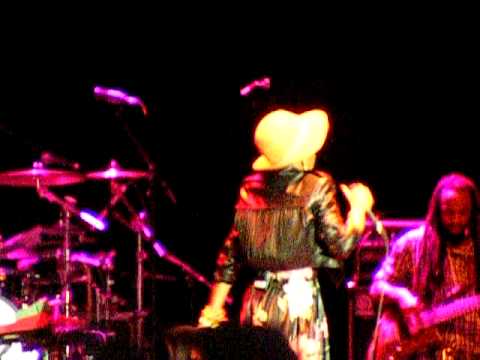