He went on-air to criticize American President Barack Obama for his quick response to the disastrous tragedy. According to insensitive Mr. Rush that the disaster enables Obama to show his compassionate credentials and for being too fast in approving aid for Haiti. He gives unwanted suggestions to people that they shouldn’t waste their money making donations to White House.

Rush Limbaugh may be a recovering painkiller addict, but he's also the chief ideologue of the Republican party in the US. With his fellow shock-jock Glenn Beck, Limbaugh has waged a fierce and largely successful campaign to drive the few remaining moderates out of the party. So when he says that Americans should feel no need to contribute to Haitian Earthquake relief, since "We've already donated to Haiti. It's called the US income tax," it matters. 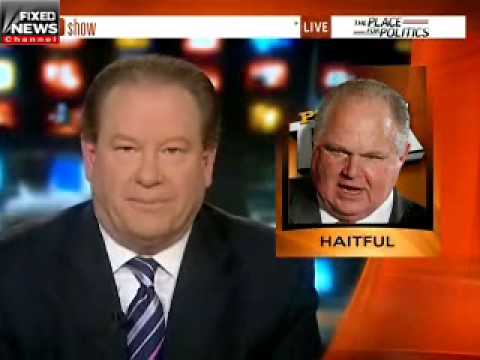