The Democratic People's Republic of Korea (DPRK)'s latest proposal on discussing a peace treaty on the Korean Peninsula in the framework of the six-party talks is not welcome, a South Korean foreign ministry official told Xinhua later Monday.

Based on Foreign Minister Yu Myung-hwan's recent statement, Pyongyang's proposal is not welcome, the official said on condition of anonymity, adding that the Seoul's government is expected to make a formal response on the issue after coordinating stance.

North Korea has called for an official peace treaty with the US in an effort to accelerate nuclear talks and remove sanctions. The US, however, has responded with mixed signals, criticizing North Korea’s “appalling” human rights record and adding that complete nuclear disarmament would also be a condition of any peace treaty.

On Monday, North Korea proposed a peace treaty to formally end the Korean War be signed this year, claiming a return to negotiations on its nuclear program depends on improved diplomatic relations with Washington and the lifting of sanctions. 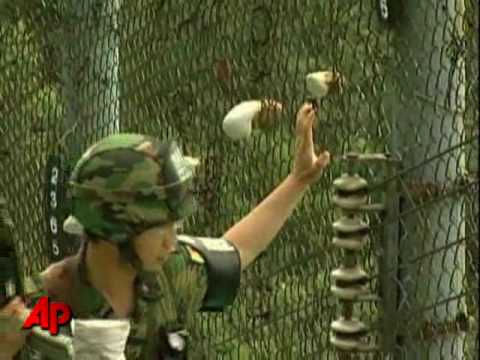