Rod Blagojevich said today that the allegations against him are "false" and that he believes he will be "fully vindicated" of the corruption charges brought against him earlier this year.
Share

Blagojevich and his wife Patti appeared today on ABC's "The View" to discuss the former governor's new memoir "The Governor," which addresses the corruption scandal that eventually led to his impeachment and removal from office by the Illinois Senate in January 2009.

A terrible and unfair thing has happened to Patti, our daughters, and the people of Illinois”

— Rod Blagojevich on "The View"

We all probably have one. Somewhere on our bodies is a little reminder, such as a scar, of doing something we shouldn’t have. Even though our mothers told us time and time again to not play with matches, run with scissors, jump off the garage or (fill in the blank ), we just had to try it. Thus, we have that permanent reminder to not do it again.

If you are lucky, you have avoided former Illinois governor Rod Blagojevich’s latest media scramble to sell his book, The Governor. But, if you saw the “Today” show yesterday or “The View” today, there he was, again. He even dragged along his poor wife this time.

Audience members of ABC chatfest "The View" walked away today with copies of The Governor, the book by indicted former Illinois Gov. Rod Blagojevich, but little new insight into him or his wife, Patti.

The Blagojeviches made their first joint network television appearance together on the show, answering softball questions from the panel, including guest host Meghan McCain, daughter of former Republican presidential nominee John McCain. 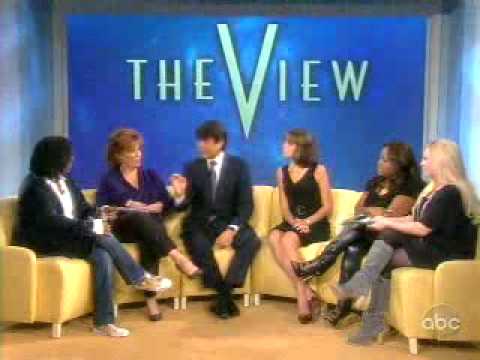