But the similarities between the stimulus package and health care reform go deeper.

As it turns out, the two policy goals are interlinked. In his speech today, Biden made sure to mention the economic benefits of electronic health records, to which the stimulus package allocated $19 billion. They will prevent redundancy, he argued, saving patients and taxpayers money. Plus, a major reason the stimulus has worked, Biden said, is because of "leverage." Wind turbines, he said, don't just create jobs; they generate power, save money, and wean the United States off foreign oil—all at the same time! Likewise, electronic health records will improve health care statistics, which produces better diagnoses, which makes Americans more healthy, which means they won't have to visit the doctor as much, which saves money, and so on. 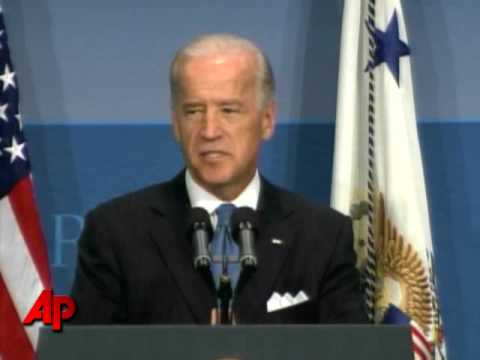