Former Chicago inspector general David Hoffman picked up the endorsement of a venerable former judge and unveiled a transparency platform Tuesday in his bid for President Obama’s former Senate seat.

“It isn’t easy to get an 83-year-old excited about a campaign,” Mikva said in a video released by the Hoffman campaign. “But David Hoffman represents exactly what we want in government and public life. He brings the enthusiasm, the vigor, the cleanliness and spotless record that we need.”

Noting that Kirk holds the congressional seat Mikva once held, Mikva said. “I think he's going to be a tough opponent. I think it’s going to be hard for the Democrats to hold that [Senate] seat. I have no question that David will be the very best candidate to hold on to that seat. It’s an important seat politically. It’s the seat that Barack Obama held. And I very much want it to stay in Democratic hands.” 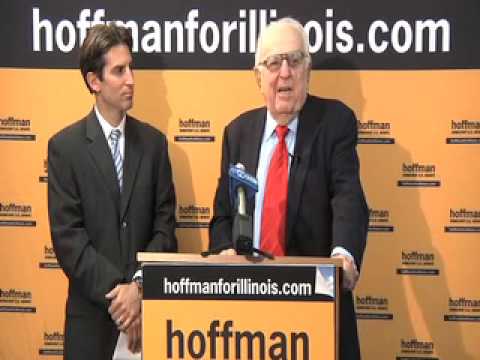