But at the same time Kirk had to acknowledge receiving past campaign donations from the union at the center of a partisan firestorm.

Kirk held a news conference with Republican U.S. Reps. Peter Roskam of Wheaton and Patrick McHenry of North Carolina, the ranking GOP member of the House subcommittee overseeing the 2010 Census, to say SEIU's involvement endangers "the integrity of the census."

On the heals of a congressional vote to de-fund ACORN, U.S. Rep. Mark Kirk (R-Ill.) is calling on the U.S. Census to sever all ties to Illinois' largest union, the Service Employees International Union, because that union, Kirk says, is too close to ACORN.

Kirk also urged the firing of the National Intelligence Officer for the Middle East, who he blames for under-estimating Iran's nuclear capabilities.

Rep. Mark Kirk (R-Ill.), running for Barack Obama's old Senate seat in Illinois, is taking heat on the home front for being for ACORN funding before he turned against the group.

Today in Chicago, Kirk and Rep. Peter Roskam (R-Ill.) are pushing for the federal government to cut ties to SEIU because the labor union has had long standing relationship with ACORN. 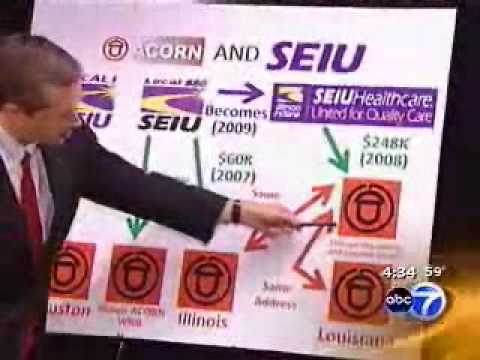