BAGHDAD — Vice President Joseph R. Biden Jr. arrived here on Tuesday for two days of talks with Iraqi leaders, and shortly after saying he was headed to bed for the night at the American Embassy, four mortar shells landed nearby around the heavily fortified Green Zone.

At least two Iraqis were killed and five wounded in the attack, according to the Ministry of the Interior. Two mortar rounds landed in an apartment complex only a few hundred feet from the sprawling embassy compound, according to witnesses. 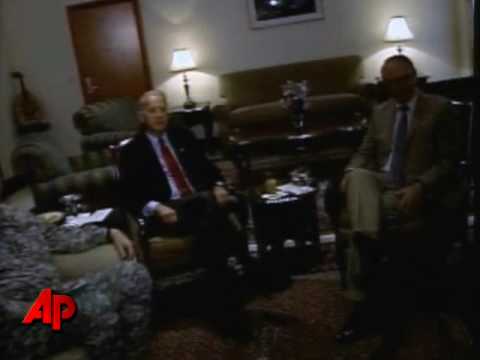