Hard Summer Fest 2009 Shut Down for Overcrowding and Disorderly Conduct

What will go down as the worst show in the electronic festivals history, Hard Summer Fest 2009 was abruptly stopped mid-show and eventually canceled due to over-crowding and fire code violations.

Fans had been complaining months leading up to the event that the Forum in Los Angeles was a bad place to hold the dance event. These complaints were proven to be true, as fans that eventually made their way into the arena were ushered to the upper seating deck as the GA floor was over crowded. Promoters eventually stopped the show to try to get fans to back up, and get in their seats – but eventually some fans started jumping over the balcony to get to the floor. There are even reports going around that some may have fallen over the balcony. No injuries have been confirmed yet.

Before any of the headline acts took the stage, the sold-out Hard Summer dance/electronic event was shut down at the Forum. As Pop & Hiss reported earlier, the event was declared a "hazard" by the Los Angeles County Fire Department, according to an Inglewood police representative, and the sold-out crowd was told to go home.

Promoters confirmed the "hazard" status late Sunday night. In a statement posted on the Hard Summer website and distributed to the media, organizers wrote that the event was destined for shutdown after concertgoers were seen "jumping from the balcony to the floor, along with numerous other potentially dangerous activities." 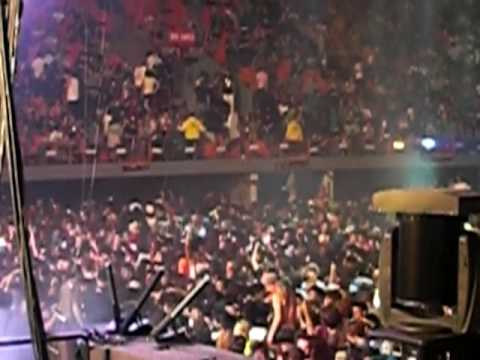 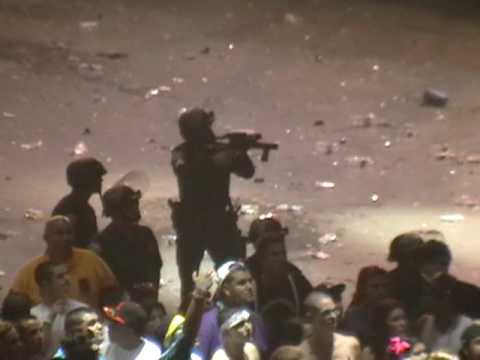 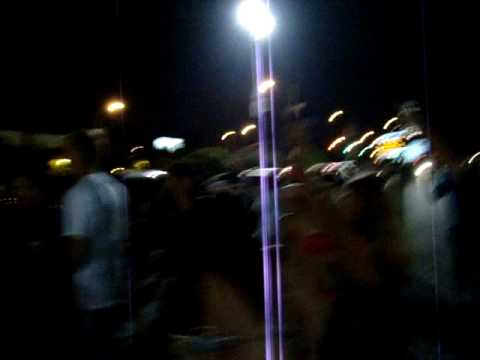