After an evident failure in the sound system the timeless 61 year old was attempting to calm the masses by doing a hypnotic trance dance, ala the days of Stevie Nicks, only with about half the scarves.

Steven Tyler, the infamous and outrageous lead singer of the legendary band Aerosmith had an accident while on stage at a South Dakota gig, reports Reuters.

The frontman accidentally tripped off of a runway on the stage and fell, injuring his shoulder, head and neck. Tyler was airlifted to a local hospital, where later a doctor confirmed that his injuries are not critical or life-threatening. 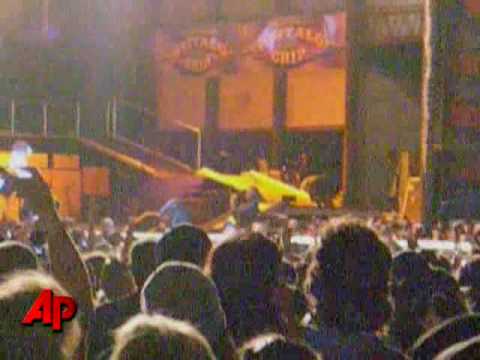