The opening show at Maxwell's was fabulous.

Of course, I am biased, but I have to admit that I had a little bit of doubt as to whether a Love tour without Arthur Lee could work. That doubt was dispelled tonight. Love was much tighter than I expected for a first show, and Johnny Echols proved to be a super front man. The set list emphasized riff heavy Love classics on which Echols shone, including "You're Mind and We Belong Together," "A House is Not a Motel", "Live and Let Live", and "Revelation."

I always thought of the latter as being a somewhat wooden album cut, but it was a highlight tonight. The six band members formed a half-circle: drummer Dave Green and bassist David Nolte knocked out a mesmerizing beat; guitarists Echols, Mike Randle, and Rusty Squeezebox alternated licks; multi-instrumentalist Probyn Gregory cooked on trumpet,and Echols positively growled on vocals. Although "Revelation" did not go even half of the 18 minute album lenghth, it well could have without becoming boring.

Another highlight was the seldom-played "Stephanie Knows Who", with Gregory spot on with the keyboard and Rusty expertly carrying the Tom Jones-like vocal. The Love ensemble closed with "7 & 7 Is" before returning for an encore of "You Set the Scene", one of six cuts played from the classic "Forever Changes" album.

Beethoven symphonies didn't cease to be played after his death. Nor should Love, Arthur Lee, and Bryan MacLean's compositions cease, particularly with Johnny Echols still vigorous and sounding better than ever. His mother is still teaching school in Memphis, and with God's grace, Johnny and Love will be around for many years to come.

Yesterday seemed like the longest day ever. After sleeping off and on a bit and after we had some deli sandwiches, Rusty and Pat went to pick up Johnny Echols from the airport. When they got back Pat took us all out to eat at a Mexican restaurant. I think it was called Guapos or something like that. The food was fantastic. I had a steak tostada with their house dressing. Good stuff.

After we got back (we picked up some Stella Artois to take back to Pat's
place) Johnny, Pat, Pat's wife, Kate and their son Bren all hit the hay while Rusty, Daddyo and myself messed around with guitars in the basement. Rusty was showing me the chords to Abbey Road and I took the opportunity to show him the chords to Larry Calton's "Room 335" while Daddyo was pissing himself silly watching Nirvana vs Rick Astley on YouTube (Never gonna give up your Teen Spirit).

Gave Hannah a call, as she'd gone shopping back in LA and was long overdue, as things have been a bit crazy in our world with the move and now the tour. Went to bed about midnight, as we have to get up early Tuesday for an interview with the Washington Post. BTW, looks like the Virginia show at the Birchmeere is being moved by the promoter to a more "Rock" club called the Velvet Lounge or something like that. 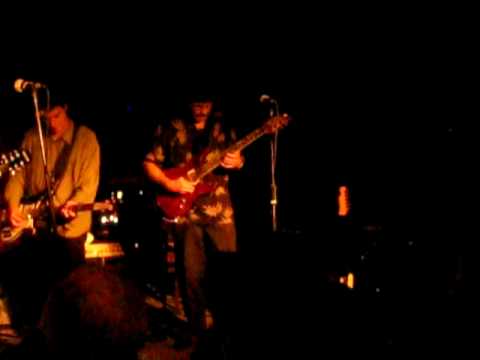 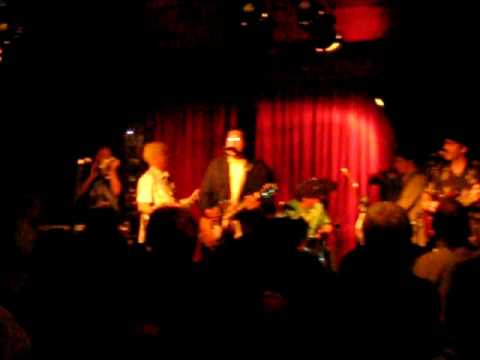 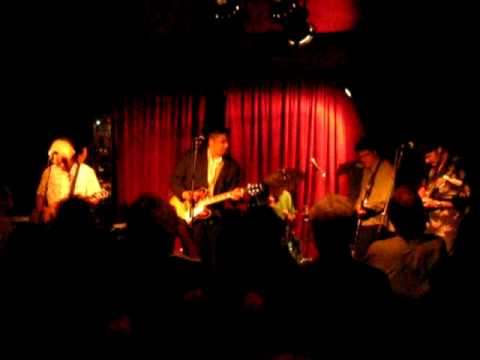 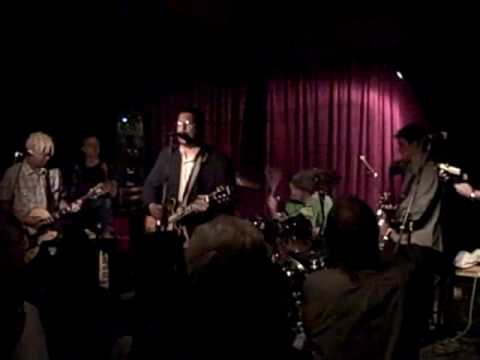