President Obama's been called a lot of things -- but this is probably the first time any campaign has tried to peg him as flat-out creepy.

A slew of posters have been spotted throughout Los Angeles that portray Obama as "The Joker" from "The Dark Knight," with the word "socialism" printed in black above and below his face.

However they picked the wrong comic book character to lampoon the president. The Joker, especially the most recent one, is just way too...

cool -- a trait Barack Obama's detractors tried to use against him when he ran for office last year.

Think about who's played the Joker on TV and in the movies: Caesar Romero, Jack Nicholson and most recently Heath Ledger. Do you really want to complain about someone by calling them suave, hilarious and dashing?

As the kids say: You're doing it wrong. 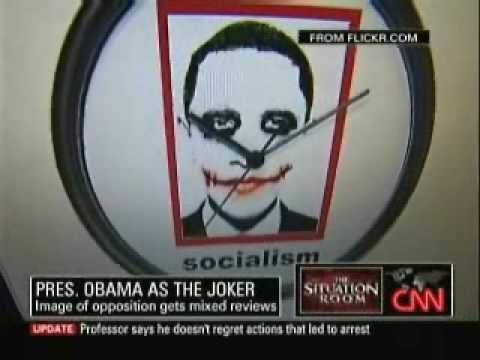