Auto-Tune the News features political pundits, news anchors, and politicians digitally manipulated to conform to a melody, making the figures appear to sing.

The series is created by the Gregory Brothers, who characterize their music as "Country & Soul, Folk & Roll." Members include Michael Gregory on drums, Andrew Gregory on guitar, Evan Gregory on keys and vocals, and Sarah Gregory (Evan's wife) on bass and vocals. They released their first EP, Meet the Gregory Brothers!, on 29 May 2009. Village Voice music writer Ben Westhoff characterized the effort as "a lounge-y, refreshingly sincere slice of blue-eyed soul".

In the videos, the Gregory Brothers perform alongside TV news clips altered with the Auto-Tune effect. Recurring elements include CBS anchor Katie Couric—whom the members describe as "outstanding" for the role—and special recognition given at the end of each video to the "Best Unintentional Singer." Another recurring element is a character known as the "Angry Gorilla," one of the brothers wearing a gorilla suit handed down from their grandfather. In one interview, the Gregory Brothers stated that this character serves to "act as a foil for the commentators and talking heads that use anger as a calling card, or at least fabricate cheap ire to chase viewers."

Michael, who graduated from Appalachian State University with a degree in music and a concentration in recording and production, first created a "debate musical" using footage of the first presidential election debate of 2008 entitled "Debate Highlights—in song and dance." This early effort did not utilize the Auto-Tune software to manipulate the voices of the presidential candidates in the video. Evan encouraged Michael, who had prior experience with Auto-Tune, to attempt to use the software in his next video in order to make the political figures appear to sing along with the music. Michael used footage from the vice-presidential debate of 2008 as the basis for the Auto-Tune experiment, and the resulting creation, "VP Debate in Song and Dance," became the prototype which the Auto-Tune the News videos would expand upon. As the concept began to attract notice, Michael recruited the rest of the Gregory Brothers to collaboratively develop the Auto-Tune the News series. 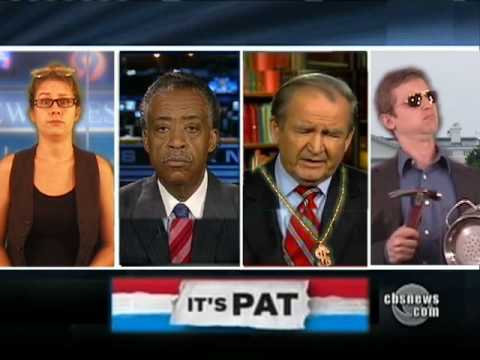