Mourners Pay Last Respects to Edward Kennedy as Body is Transported to the John F. Kennedy Presidential Library and Museum, Where It Awaits Burial

Thousands of people, many waving American flags and some wiping away tears, lined parts of the 70-mile route from Hyannis Port, Mass., to the city where the Kennedy family dynasty began.

They gathered on roads and highways, crowded onto overpasses, and hung out of apartment windows to say goodbye to the man who served Massachusetts in the Senate for four decades.

An estimated 25,000 people waited into the early hours of the morning to file pass Kennedy's flag-draped coffin at the library, where they were greeted by family members who thanked them for their expressions of sympathy.

"It's like losing a parent in some way, no matter how much you know it's coming, it's always a shock," Don Warnock of Salem said, after offering condolences to the senator's widow, Vicki Kennedy.

As she shook hands and thanked each mourner individually, she described the scene as "absolutely overwhelming." 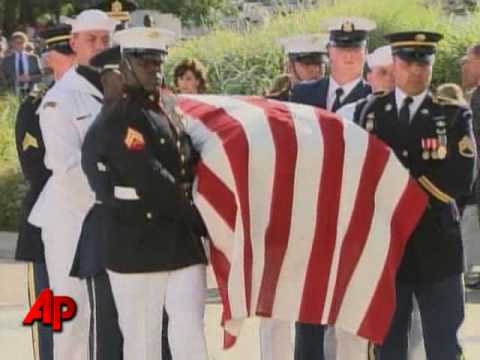 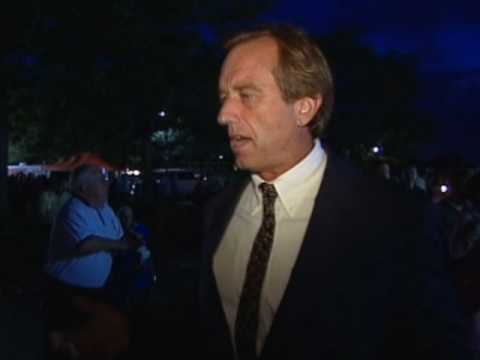