Blagojevich's attorneys have been asking for the extra lawyer to help them go through the three and a half million pages of documents that are part of the case. The reason they have to get the Judge's permission to hire a lawyer is because judge James Zagel has to approve their expenditures. It was a condition he set when he allowed Blagojevich to use $2 million in campaign cash to pay legal bills.

The new lawyer who will be joining the team is Allan Ackerman. He was in court this morning as an observer, dressed in jeans, cowboy boots, and a woven cowboy hat that was sparkling metallic silver. Ackerman who has represented mobsters says many of his clients have been major villains but not Blagojevich.

Former Gov. Rod Blagojevich today added yet another attorney to his legal defense team.Following a court hearing, veteran Chicago attorney Allan Ackerman said he will be joining the team to assist in reviewing millions of pages of documents and listening to hundreds of hours of secretly recorded conversations that make up the government case against Blagojevich.Ackerman described his role as a "maven" who will oversee the organization of evidence and make… 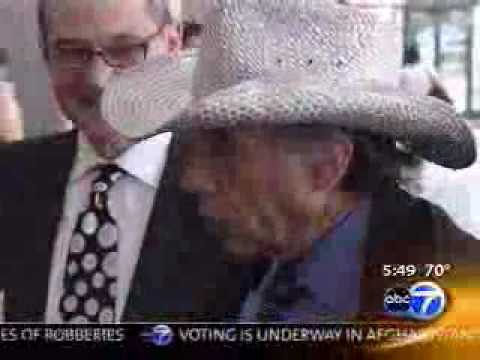