About a dozen people carrying guns, including one with a military-style rifle, milled among protesters outside the convention center where President Barack Obama was giving a speech Monday -- the latest incident in which protesters have openly displayed firearms near the president.

Gun-rights advocates say they're exercising their constitutional right to bear arms and protest, while those who argue for more gun control say it could be a disaster waiting to happen.

President Barack Obama speaks before the nation's oldest major veterans' group on Monday, amid increasing violence in Afghanistan and as U.S. troops prepare for key presidential elections in the war-torn nation.

Obama address members of the Veteran of Foreign Wars during the 110th National Convention at 11:00 am in Phoenix.

The President will "talk about the commitments that the men and women of our Armed Forces have made in Iraq and Afghanistan, their contributions to the betterment of those two countries... on what we hope to accomplish," Press Secretary Robert Gibbs said in a weekend briefing. 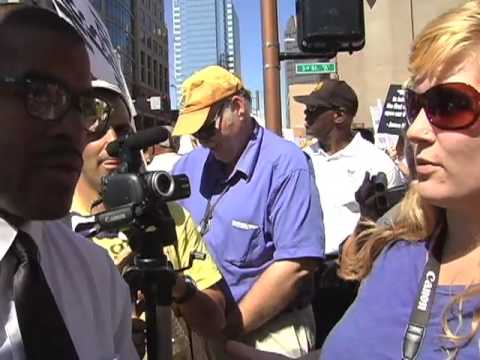