Nashville musician Billy Currington had been performing before the structure collapsed.

A member of his band was pulled from the wreckage with a badly injured and bloodied arm.

Maria Brandon and her sister, who had been watching the show from a stand near the stage, were injured as they were tumbled into the wreckage.

"It was the most terrifying experience of our lives," she said.

Part of the stage collapsed

One person is dead and four critically injured after a massive storm collapsed a portion of the mainstage at the Big Valley Jamboree last night.

At least another 15 people have been transported to hospital, said Camrose police Chief Darrell Kambeitz.

The stage fell as concert-goers watched in shock and horror. Police believe the person killed was crushed to death. 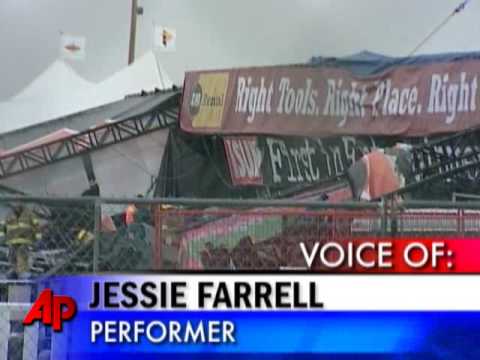 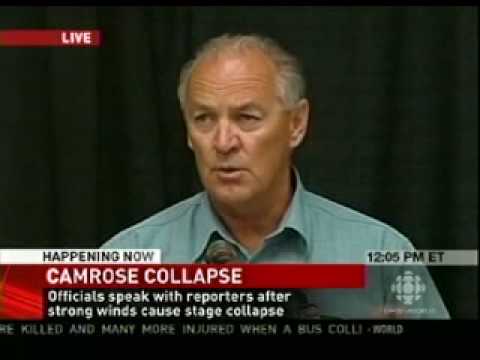