Leaders of the world's most powerful economies were Wednesday gathering in the center of an Italian earthquake zone for a summit that, despite an agenda tackling the financial crisis, world poverty and climate change, is not expected to produce seismic results.

U.S. President Barack Obama and his wife Michelle arrive in Italy ahead of the G-8 summit.

U.S. President Barack Obama is joining the leaders of Britain, Canada, France, Germany, Italy, Japan and Russia arriving in the mountain town of L'Aquila, which was devastated by a 6.3-magnitude quake in April, for the meeting of Group of Eight nations.

The G8 summit opens in Italy with leaders of the world's most powerful economies meeting on issues including the global recession, regional security, Iran, world hunger, and aid to developing nations.

World leaders have arrived in this medieval town in central Italy and one of the orders of business was to take note of the summit venue - an area stricken by a powerful earthquake just three months ago and still suffering from widespread devastation. 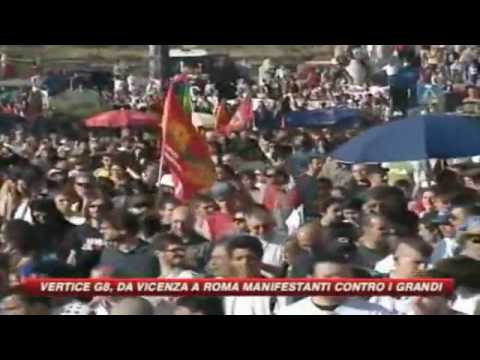