Chinese President Hu Jintao has left the G8 summit in Italy to return to Beijing amid an outbreak of violence in the northwestern Xinjiang province, China's state-run Xinhua news agency reported early Wednesday.

The move comes as officials in Xinjiang imposed a curfew overnight as part of a crackdown on protesters after Han Chinese clashed with Uighurs in the provincial capital on Tuesday.

After bringing in riot police to break up multiple protests, the Xinjiang regional government announced that a curfew was to be imposed from 9 p.m. Tuesday to 8 a.m. Wednesday local time.

Police set up roadblocks and fired tear gas into the crowd of up to 10,000 people to prevent them reaching People's Square, the heart of the city.

The Han Chinese protesters streamed down North Jiefang road and into the alleys behind a central mosque in a bid to hunt down any local Uighur Muslims.

Protesters said they were seeking revenge after hearing rumours that ethnic Uighurs had broken into Urumqi's hospitals and killed several patients.

Security forces imposed a curfew and fired tear gas to disperse the crowds, who said they were angry at violence carried out by ethnic Muslim Uighurs.

Earlier, Uighur women had rallied against the arrest of more than 1,400 people over deadly clashes on Sunday.

The two sides blame each other for the outbreak of violence. 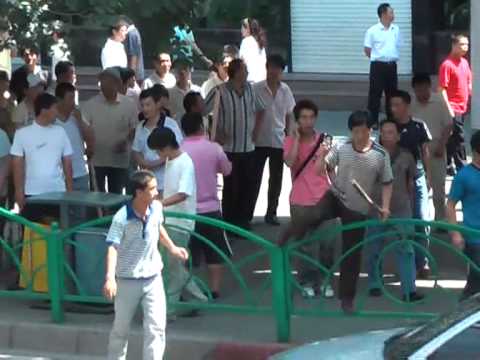 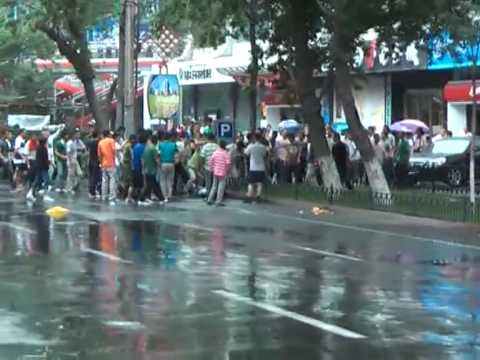