Al Franken sworn in as US Senator from Minnesota

Al Franken became a senator on Tuesday, July 7th, 2009, completing the transformation from comedian to politician.

The Minnesota Democrat's swearing-in marked the end of an eight-month political and legal struggle and drew thunderous applause and a standing ovation in the Senate chamber. His presence gives Democrats 60 votes, enough to thwart possible Republican filibusters.

"I think it was Al who told me that the third year of his campaign would be the best," Klobuchar said. "He was right." 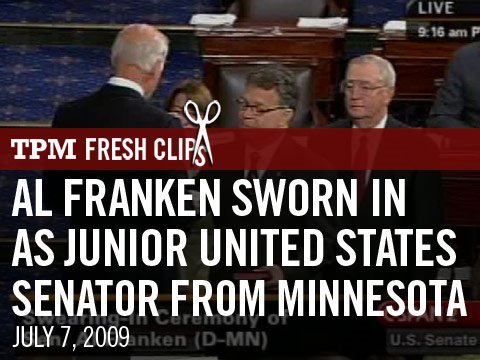