Hundreds of protesters, some wearing green sashes to indicate they're on hunger strike, have gathered in tents across from U.N. Headquarters for the start of a three-day event in support of Iran's beleaguered opposition movement.

At noon on Wednesday, as Iranian-born diva and protest organizer Googoosh gave her opening speech, organizers say the crowd swelled to about 500. That number included almost 200 hunger strikers. Most of the participants are Iranian Americans — all of whom spoke of events back in Tehran, where protests are not being tolerated. 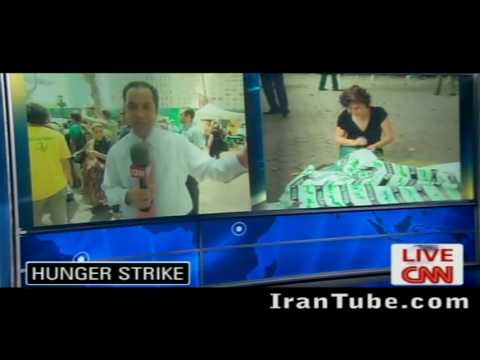