We're just a laughingstock in Washington.”

Five-term North Shore Rep. Mark Kirk formally announced his bid for the Republican nomination for the U.S. Senate today, billing himself as an independent who wants to lead others who are "not afraid to stand alone" against the corruption that has infiltrated Illinois politics.

Standing in front of his late father's north suburban home, Kirk said his record as a moderate on social issues shows he is "not an ideologue or party partisan."

Kirk said he hopes to repair the damage done to Illinois' reputation since Democrat Roland Burris was appointed to the Senate seat by former Illinois Gov. Rod Blagojevich, who's accused of trying to sell that seat.

Republican Mark Kirk said restoring integrity to Illinois politics is one of the top reasons he's running for the U.S. Senate.

The five-term U.S. representative picked a sentimental spot to launch the Senate campaign -- his boyhood home in one of Chicago's northern suburbs. 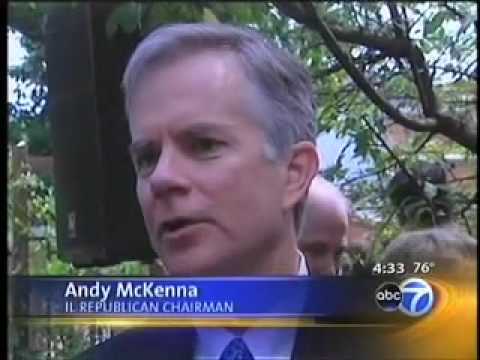