“The elite must be aware, because any word, analysis or behavior by them that may undermine security in society would be moving in a direction against the people’s,” state television cited Khamenei as telling officials, including Ahmadinejad, on the anniversary of Muhammad becoming Islam’s prophet. Endangering Iran’s security is “the biggest sin,” he added.

The supreme leader, who endorsed Ahmadinejad’s re-election, commented three days after Ayatollah Ali Akbar Hashemi Rafsanjani, a former president, challenged the government’s crackdown on protests over the ballot. Another ex-president, Mohammad Khatami, called yesterday for a referendum to resolve the crisis prompted by the opposition’s allegation that the June 12 vote was rigged. Ahmadinejad, 52, and Khamenei, 70, have dismissed the accusation.

The media of the arrogant powers, in order to support the rioters, call them 'the people.' But the people are those millions of men and women who stood aside and looked upon (the rioters) with disdain and hatred,” 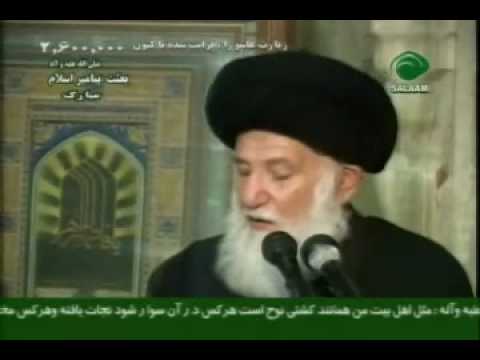