Jackson suffered a setback on January 27, 1984, causing repercussions for the rest of his life.

While filming a Pepsi Cola commercial at the Shrine Auditorium in Los Angeles, he suffered second degree burns to his scalp after pyrotechnics accidentally set his hair on fire. Happening in front of a full house of fans during a simulated concert, the incident elicited an outpouring of sympathy. Jackson had his third rhinoplasty shortly afterwards, and began treatment to hide the scars on his scalp. It was during this period, friends say, that he began using the painkillers to which he later became addicted. Pepsi settled out of court, and Jackson donated his $1.5 million settlement to the Brotman Medical Center in Culver City, CA, which now has a "Michael Jackson Burn Center". 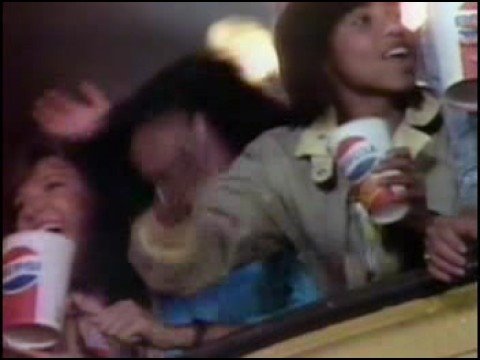