Roland Burris decides not to run in 2010

Illinois Senator Roland Burris, appointed to his position by impeached Governor Rod Blagojevich, decides not to run for election in 2010.

The US Senate seat held by Roland Burris of Illinois will be up for grabs in 2010 with the expected announcement in Chicago Friday that Senator Burris will not run for reelection.

Burris, a Democrat and former state attorney general, was nominated to the seat under the cloud of controversy that engulfed former Illinois Gov. Rod Blagojevich. Mr. Blagojevich faces 19 counts of federal corruption charges that include allegations he sought to sell the seat formerly occupied by President Obama.

We've had a very surprising week as far as 2010 is concerned. The big surprise was that Lisa Madigan is staying put at Attorney General. This seems to be the week where those who were just waiting to make their moves are making them essentially.

Well depending on your perspective, this report of Roland Burris not seeking election to his Senate seat might be surprising. Perhaps some of us might believe that his ego might cause him to run for a seat many of us certain that he will not even succeed in a primary.

But since he's choosing not to run for the US Senate, then that opens the field up a little. Otherwise if Burris remained in the race, it wouldn't be difficult for me to say that the Republicans could pick up this seat.

When Democratic U.S. Sen. Roland Burris said last week that he won't run for election next year because he knew raising money would be quite the task, he wasn't kidding.

Burris raised $41,320 from April through June, according to campaign finance report provided by his aides. While that was more than the $845 Burris raised from the start of his fundraising efforts in January until March, it still was not anywhere near the pace he'd need to run a multi-million dollar primary campaign. 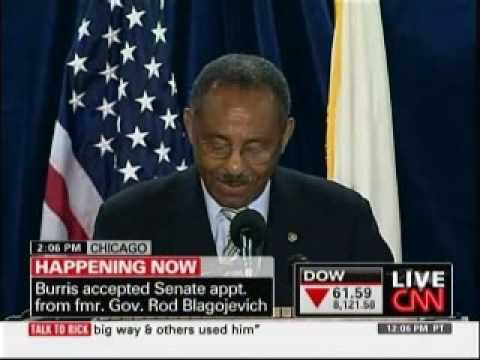 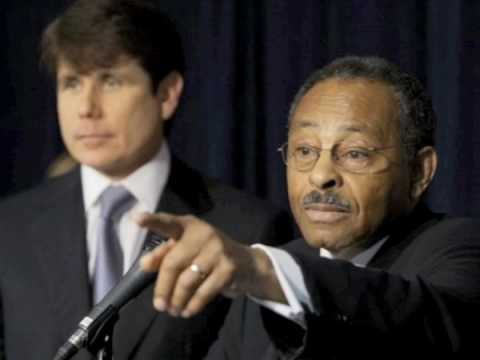