China said on Tuesday at least 156 people were killed when Muslim Uighurs rioted in the restive region of Xinjiang in some of the deadliest ethnic unrest to hit the country in decades.

The violence in the regional capital Urumqi on Sunday involved thousands of people and triggered an enormous security crackdown across Xinjiang, where Uighurs have long complained of repressive Chinese rule.

In a sign tensions were still running high, state media reported that police had dispersed more than 200 rioters on Monday evening as they gathered at the main mosque in Kashgar, a city in western Xinjiang on the ancient Silk Road.

At least 162 people have been killed in rioting in China’s northwestern region of Xinjiang, with the government blaming exiled separatists for the Muslim area’s worst case of unrest in years.

Urumqi, the capital of the Xinjiang region in western China, was locked locked down under curfew last night after being rocked by the deadliest officially-acknowledged violence since the Tiananmen massacres of 1989.

The state news agency Xinhua said the death toll has risen to 156 with more than 800 injured, but it still remains impossible to verify who has been killing who.

The streets of Urumqi were deserted last night. Police road blocks throughout the city ensured the trickle of authorised traffic was confined to main arterial roads. 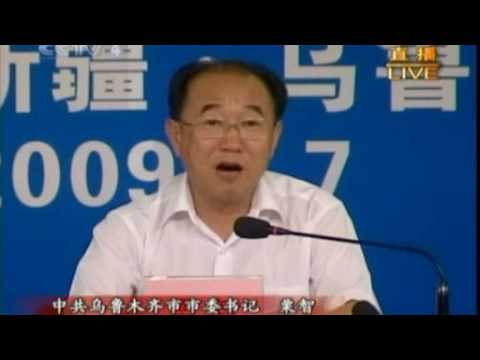