The court's unanimous, unsigned opinion declared Franken "received the highest number of votes legally cast" and is entitled "to receive the certificate of election as United States senator from the state of Minnesota."

"I just congratulated Al Franken on his victory," Coleman said in a press conference with reporters. "I told him it's the best job he'll ever have -- representing Minnesota in the United States Senate. The Supreme Court has spoken, I will respect its decision, and abide by its results," Coleman also said. 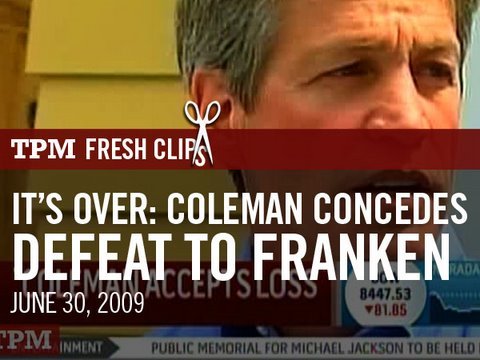