A federal judge sentenced Bernard L. Madoff to 150 years in prison on Monday for operating a huge Ponzi scheme that devastated thousands of people, calling his crimes “extraordinarily evil.”

In pronouncing the sentence — the maximum he could have handed down — Judge Denny Chin turned aside Mr. Madoff’s own assertions of remorse and rejected the suggestion from Mr. Madoff’s lawyers that there was a sense of “mob vengeance” surrounding calls for a long prison term.

“Objectively speaking, the fraud here was staggering,” the judge said. “It spanned more than 20 years.”

The sentencing came at the end of a 90-minute hearing in which victims of the $65 billion fraud told a packed courtroom that the judge should show no mercy and Mr. Madoff himself stood up from the defense table to acknowledge the damage he had inflicted and express regret.

Addressing his victims seated in the courtroom, he said: “I will turn and face you. I’m sorry. I know that doesn’t help you.” 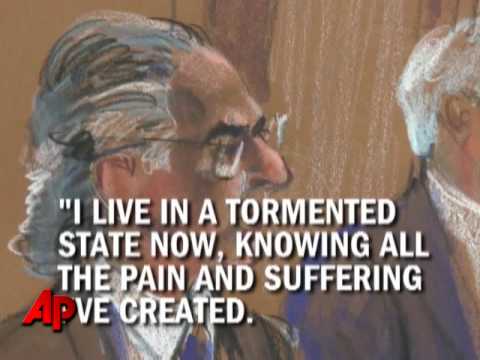