Grand Marshal of this year's parade is actor, teacher and activist, Alexandra Billings.

She will be riding in a classic car near the front of the parade procession. (see elsewhere on this website for an update on Alexandra).

Crowd estimates each year are in the hundreds of thousands. So the plans are to line the parade route with barricades on both sides of the street from the beginning of the parade route to Diveresy. In addition, parade marshals will be placed along the entire parade route as well.

Gay pride marched Sunday in Chicago, noisy and joyous. It was the crash of marching band cymbals, the megaphoned whoops of celebration, the sirens, the car horns and the ground-shaking roar of Harleys straddled by leather-clad women unabashed.

It was smiling faces striped in rainbow colors, sweaty brows turned to face a cool summer breeze, women hand-in-hand, men kissing men, children on the shoulders of straight parents, dazzled by the flags and shimmering floats and dancers that filled North Halsted Street.

Senator Roland Burris spoke at Chicago’s Gay Pride, and declared his support for civil unions while saying marriage is for “perpetuation of the species.” Burris says he's not ready to endorse marriage for LGBT citizens.

“My concept of marriage is a male and a female for the perpetuation of the species, for children to be born and identify the bloodline and the heritage. But I’m pretty sure, as things are moving along, that that will probably change.”

Source: I Should be Laughing Blog Added by: bob armour

My other fair Rolly Rolls, the recently exonerated but rarely imitated, Sen. Roland Burris of Illinois pulled off a ballsy move of attending a gay pride parade only to talk about how marriage is for making babies. Two penises and two va-jay-jays can't procreate so ... Uncle Roland is for Civil Unions?

More after the jump.

CHICAGO(WBBM) -- Senator Roland Burris was at Chicago's Gay Pride Parade yesterday, declaring his support for civil unions but saying marriage is for "perpetuation of the species."

WBBM's Steve Miller reports Gay activists say it may have been the first time a sitting U-S senator has attended a Gay Pride Parade in Chicago ... 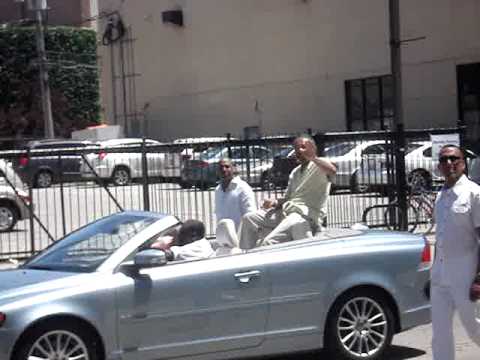 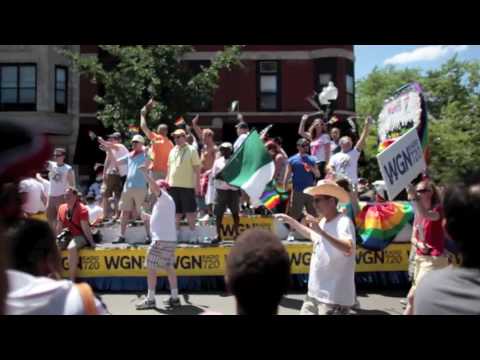 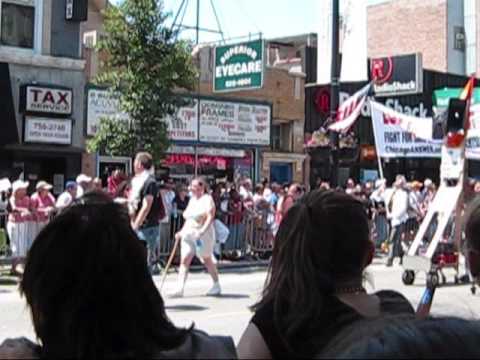