President Obama's latest remarks on Iran, in which he said the U.S. and the world are appalled and outraged by the Iranian government's crackdown on dissent, have met with praise but also some continuing criticism from members of Congress.

The situation in Iran continues to be on the minds of U.S. lawmakers:

After almost two weeks of nearly constant criticism from minority Republicans who said he wasn't speaking out strongly enough, President Obama received some praise from the Republican leader in the House of Representatives.

President Barack Obama delivered his sharpest criticism of Iran's election and political crackdown, throwing into question his plan for diplomatic outreach to Tehran that stands at the center of his broader Middle East security strategy.

After days of criticism from Republicans, Mr. Obama opened a White House news conference saying he was "appalled and outraged" by the threats and confrontations in the streets of the Iranian capital. He declined to confirm whether a U.S. offer of direct talks with Iran will still stand, instead saying he would wait to see how the postelection crisis there "plays itself out."

President Obama hardened his tone toward Iran on Tuesday, condemning the government for its crackdown against election protesters and accusing Iran’s leaders of fabricating charges against the United States.

In his strongest comments since the crisis erupted 10 days ago, Mr. Obama used unambiguous language to assail the Iranian government during a news conference at the White House, calling himself “appalled and outraged by the threats, beatings and imprisonments of the past few days.”

He praised what he called the courage and dignity of the demonstrators, especially the women who have been marching, and said that he had watched the “heartbreaking” video of a 26-year-old Iranian woman whose last seconds of life were captured by video camera after she was shot on a Tehran street.

They’ve got some of the comments that I’ve made being mistranslated in Iran, suggesting that I’m telling rioters to go out and riot some more. There are reports suggesting that the C.I.A. is behind all this. All of which is patently false. But it gives you a sense of the narrative that the Iranian government would love to play into.”

— U.S. President Barack Obama, referring to accounts that the White House said surfaced late last week and over the weekend 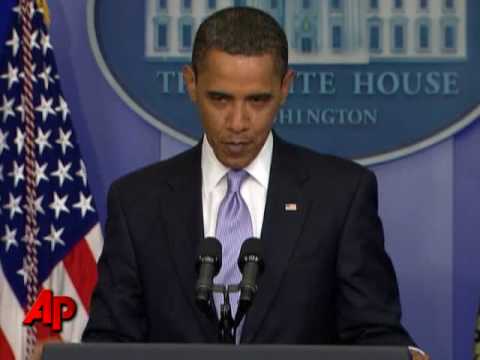