Authorities say seven people have been killed and 70 injured in a subway train collision in Washington DC. The city's mayor Adrian Fenty held a press conference where he revised an earlier reported death toll of nine.

Carriages of one of the trains came to rest on top of the other after the collision near a station during evening rush hour, officials said.

The female driver of the moving train - which crashed into the back of a stationary train - was among the dead.

The crash - the worst in the 33 years of the Metro system - happened above ground between Fort Totten and Takoma at 1700 local time (2200 BST).

People are just in very bad shape. The people that were hurt, the ones that could speak, were calling back as we called out to them ... Lots of people were upset and crying, but there were no screams.” 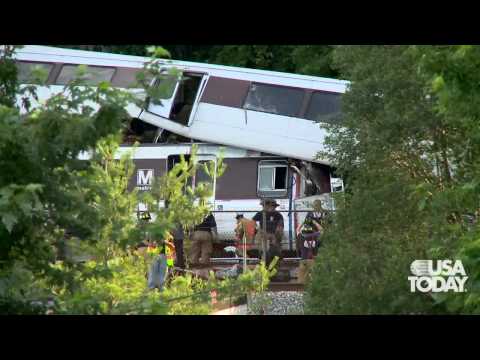