Jaws dropped yesterday when Microsoft revealed its 'body control' technology for gaming - but Sony matched the software giant today when it demonstrated hugely effective motion controller for the PlayStation 3.

Whereas Microsoft's Project Natal is very much in its early stages, Sony leapt into the race today at E3, demonstrating a mind-blowingly effective controller system that Sony Computer Entertainment America boss Jack Tretton said could be on the market by autumn of next year.

Bloodied by Nintendo’s runaway success, the other major gamemakers are attempting to leapfrog the Wii’s innovative motion-sensitive controller with camera-based hardware that let players interact with games using nothing but their bodies.

“Camera” is the unlikely buzzword at this year’s Electronic Entertainment Expo videogame trade show: The industry’s biggest players unveiled no fewer than three advanced, camera-based controllers designed to let gamers manipulate directly with videogame consoles, ushering in the next phase in the war for the living room.

On Monday, Microsoft showed its Project Natal, a controller that uses two cameras to track a player’s body movements in 3-D space, allowing them to play games without holding a controller. Later that day, game publisher Ubisoft said it would release a camera for its latest fitness game on Wii. And Sony unveiled a work-in-progress device Tuesday that uses a Wii-style motion-sensing wand controller that is tracked by a camera. 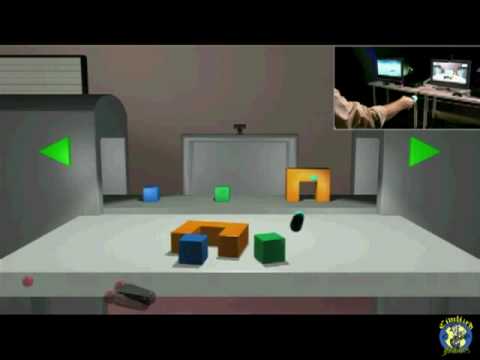