As North Korea threatens nuclear war, President Barack Obama and South Korean President Lee Myung-bak will be eager to show the North the unity of their alliance and a determination not to back down.

North Korea's pledge to expand its nuclear programs gives their meeting Tuesday at the White House a sense of urgency. The presidents probably will express their refusal to accept the North as a nuclear weapons state and condemn recent missile and nuclear tests.

North Korea’s security threats may have been the crux of the summit between South Korean President Lee Myung-bak and U.S. President Barack Obama in Washington, but in a series of meetings with U.S. politicians and business leaders, Lee continued pushing the pending free trade pact signed in 2007.

“It will be more desirable for the United States, as a world power, to seek a way to benefit entire industries rather than focusing on the single industry of automobiles,” Lee told experts on Korea before departing for Seoul on Wednesday, local time. He was referring to the free trade pact’s auto provisions. On the grounds that the provisions were unfairly tilted in favor of Korea, some in the United States have opposed sealing the deal. Lee later told reporters that Obama showed “strong support” for the deal.

South Korean President Lee Myung-Bak vowed Wednesday never to accept a nuclear-armed North Korea, while saying he hoped for an eventual reunification of the divided peninsula.

Lee was in Washington, where he met a day earlier with President Barack Obama, who joined him in calling on the communist North to cease a string of provocations, including a nuclear test. 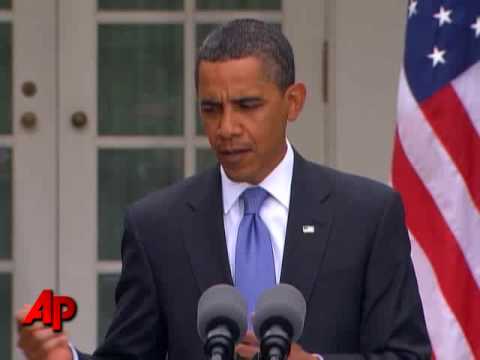