By June 14 the protests had grown considerably and had become more violent.

Burning buses and trash cans and parked cars blocked streets and highways in Tehran and routes leading into the city. Protesters attacked shops, government offices, police stations, police vehicles, gas stations and banks. Large protests, which escalated into riots, had also broken out at Tehran University, Amirkabir University, and Shahid Beheshti University, where students started burning and destroying various buildings and items around the campuses. Valiasr Street was packed protesters and young students attacking policemen and IRGC officials. The police had installed a barricade around Mehrabad Airport and Imam Khomeini International Airport fearing that the protesters were planning to attack them and had also blocked all streets leading to the Interior Ministry, where protesters were burning tires outside of the building and throwing rocks and Molotov cocktails.

In an attempt to quell the protests, many internet sites have been blocked, especially social networking sites such as Facebook, YouTube, Twitter, foreign broadcasting websites, and reformist websites as well. Text and SMS, and international calls from Tehran were blocked, and by late Sunday, the cell phone services had been shut down.

Reporters from the Italian public television broadcaster RAI stated that one of its interpreters was beaten with clubs by riot police and the officers then confiscated the cameraman's tapes. Also several BBC cameramen were beaten and arrested by IRGC officials and had their tapes confiscated.

By the middle of the day, the protests had spread to Ahwaz, Shiraz, Gorgan, Tabriz, Rasht, Babol, and Mashhad where they have been increasing in size. On June 14, large scale protests had broken out in Naqsh-e Jahan Square in Isfahan. Protests are reported in Zahedan, Qazvin, Sari, Karaj, Tabriz, Shahsavar, Orumieh, Bandar Abbas, Arak, Birjend. Since riot police are largely limited to Tehran, the IRGC and the Basij have been dispatched to quell protests in other cities.

Many Americans are already convinced by suggestions that have been carried in the media that the Presidential election in Iran was stolen. [Some press reports have been a bit more careful: the lead paragraph of the front page story in Sunday's New York Times says that "it is impossible to know for sure" if the result reflects the popular will.]

But the evidence that has been presented so far that the election was stolen has not been convincing.

Iran does not allow independent international election observers, and there is a scarcity of independent, systematic data.

But shortly before the election, Terror Free Tomorrow and the New America Foundation published a poll that was financed by the Rockefeller Brothers Foundation. Based on this poll, the official result - a victory for Ahmadinejad in the first round - was entirely predictable. "Ahmadinejad Front Runner in Upcoming Presidential Elections," the poll reported. 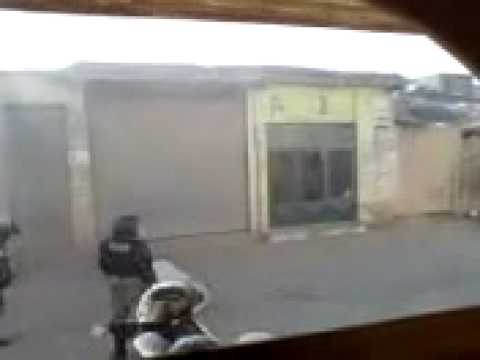 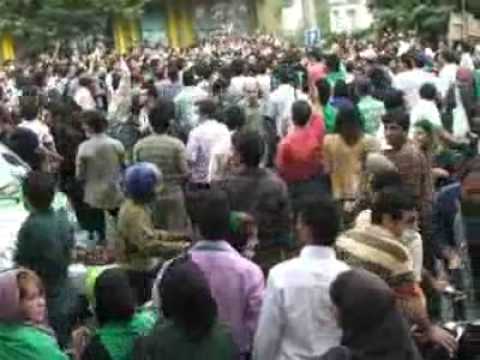