A planned camera controller for Xbox 360 promises 3-D motion recognition that will turn your entire body into a game controller.

Code-named Project Natal, the camera controller will sit beneath your television set and be capable of translating every movement of your body into a game control, Microsoft said Monday as it unveiled the system during its press briefing at the Electronic Entertainment Expo.

Natal will let gamers browse the Xbox 360 menus and watch movies, and could help make interactive entertainment as “approachable” as other forms of entertainment, according to Hollywood legend Steven Spielberg, who took the stage during Microsoft’s presentation to praise Project Natal.

Gamers, get ready for your close-up.

Microsoft introduced a prototype camera Monday that can be used as a controller for the Xbox 360. Codenamed "Project Natal," the camera eliminates the need for a hand-held input device — instead, the gizmo can track a player's full body movement, recognize their face and voice, scan images of real items and respond to both physical and vocal commands. 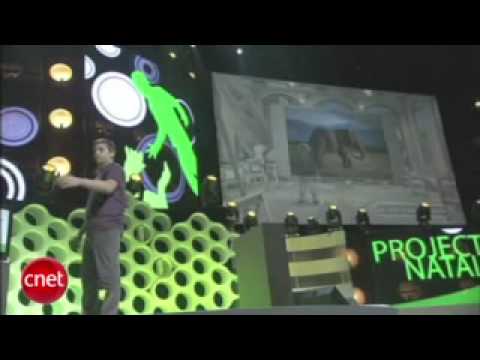