The filing triggered a number of immediate actions that affect the automaker, all of which lead to the temporary nationalization of the American icon for the foreseeable future.

Shortly after GM's 8 a.m. EDT bankruptcy filing in New York, an announcement followed that it would be removed from the Dow Jones Industrial Average. The deletion marked a low point in the carmaker's 100-year history, and its removal from the list of American blue-chip companies served as a powerful reminder of how far GM has fallen since the U.S. recession began in December 2007.

General Motors filed for Chapter 11 bankruptcy protection Monday as part of the Obama administration's plan to shrink the automaker to a sustainable size and give a majority ownership stake to the federal government.

GM's bankruptcy filing is the fourth-largest in U.S. history and the largest for an industrial company. The company said it has $172.81 billion in debt and $82.29 billion in assets.

General Motors followed Chrysler into bankruptcy on Monday in a case that will be one of the largest and most complex in history. It hopes to follow the same path Chrysler has taken through court, but there will be some differences between the two cases. Here is a quick look at some basics of the G.M. bankruptcy. 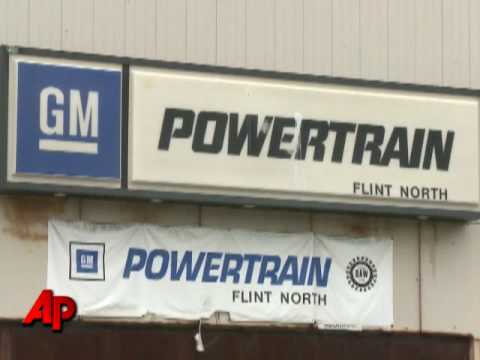