The photo opportunity fly-past prompted the evacuation of a number of offices.

Correspondents say it revived memories of the September 2001 attacks in which hijackers flew planes into the World Trade Center towers.

The half-hour fly-past by a presidential jet and a fighter plane escort on April 27 did not involve Mr Obama. 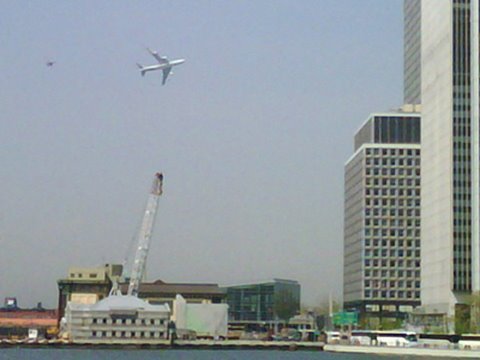