The MTV Movie Awards is a film awards show presented annually on MTV (Music Television). It also contains movie parodies that used official movie footage with hosts and other celebrities and music performances.

The 2009 MTV Movie Awards were presented on Sunday, May 31, 2009, at the Gibson Amphitheatre in Universal City, California. Andy Samberg served as host for the 18th annual ceremony. Twilight, a film by Summit Entertainment, received the award for Best Movie.

This being the MTV Movie Awards, controversey arose when Eminem later stormed out of the audience after being accosted by a wing-clad, bare-butt Sacha Baron Cohen in his infamous Bruno persona.

Baron Cohen's pants-less descent from the rafters of the Gibson Amphitheatre into the outstretched, seemingly outraged arms of Eminem was the most memorable moment of this year's ceremony. Dressed as Bruno, his gay Austrian fashion reporter alter ego, Baron Cohen flew into the arena on a wire wearing a pair of white wings and a blond wig.

Giving Eminem a front-row view of his hindquarters, Baron Cohen cracked, "Is the real Slim Shady about to stand up?," while the rapper shouted, "Are you serious? Are you f****** serious?" as he and his entourage attempted to bat Baron Cohen away. 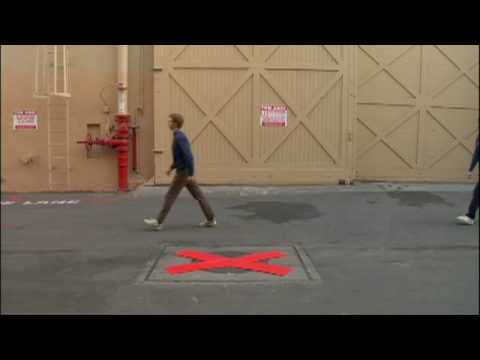