I will personally do something OK? And it will come to you before the 15th of December.”

A transcript of a secretly recorded telephone call released on Tuesday revealed the degree to which Roland W. Burris aggressively and openly pursued an appointment to the United States Senate with those close to Gov. Rod R. Blagojevich of Illinois, who went on to appoint Mr. Burris last year before he was removed from the job.

A federal judge in Chicago said today that the Senate ethics committee can review secretly recorded conversations between Sen. Roland Burris (D-Ill.) and the brother of former Illinois governor Rod Blagojevich (D), who was removed from office earlier this year amid a corruption investigation.

In a Nov. 13 conversation recorded by the FBI, Roland Burris told Rod Blagojevich's brother he feared donating money to the governor would make it look as if he was "trying to buy an appointment," but Burris ends the call saying he would kick in to the fund.

Burris says on tape that he's trying to figure out "how to deal with this and still be in the consideration for the appointment."

Mystery Burris Theater
In which I insert myself into the just-released conversation between Roland Burris and Robert Blagojevich.

ROB BLAGOJEVICH: Hello Roland, this is Rob Blagojevich again. How are you?

BLAGOJEVICH: (Chuckles.) Oh, were you. Now this is the governor's brother, not . . .

BURRIS: I, I know you're calling telling me that you're gonna make me king of the world . .

Prior to the December 26, 2008 telephone call from Mr. [Sam] Adam Jr., there was not any contact between myself or any of my representatives with Gov. Blagojevich or any of his representatives regarding my appointment to the United States Senate.” 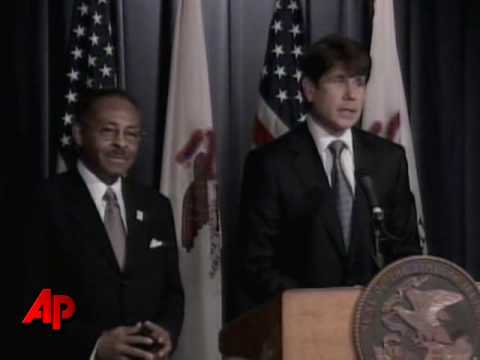