Alberto Fujimori Is Sentenced To 25 Years In Prison

The former Peruvian president Alberto Fujimori was today convicted of kidnapping and murder and sentenced to 25 years in what was described as a landmark ruling for human rights cases in Latin America.

A three-judge panel found the 70-year-old guilty of authorising a military death squad during the state's "dirty war" against Maoist rebels in the 1990s.

The 15-month trial, held at a special forces police base just outside the capital, Lima, was the first time a democratically elected Latin American leader had been tried on home soil for human rights abuses.

Alberto Ken'ya Fujimori (Spanish pronunciation: [fuxiˈmoɾi]; Japanese name: Ken'ya Fujimori (藤森 謙也, Fujimori Ken'ya?)) (born in Lima on July 28, 1938) served as President of Peru from July 28, 1990, to November 17, 2000. A controversial figure, Fujimori has been credited with uprooting terrorism in Peru and restoring its macroeconomic stability, though his methods have drawn charges of authoritarianism and human rights violations. Even amidst his 2008 prosecution for "crimes against humanity" relating to his presidency, two-thirds of Peruvians polled voiced approval for his leadership in that period.

During the 1980s, Peru faced a considerable external debt, ever-growing inflation, a surge in drug trafficking, and massive political violence. Some 70,000 people died during the conflict between state forces and Maoist Shining Path guerrillas. Under the presidency of Alberto Fujimori (1990–2000), the country started to recover; however, accusations of authoritarianism, corruption, and human rights violations forced his resignation after the controversial 2000 elections. Since the end of the Fujimori regime, Peru has tried to fight corruption while sustaining economic growth; since 2006 the president is Alan García. 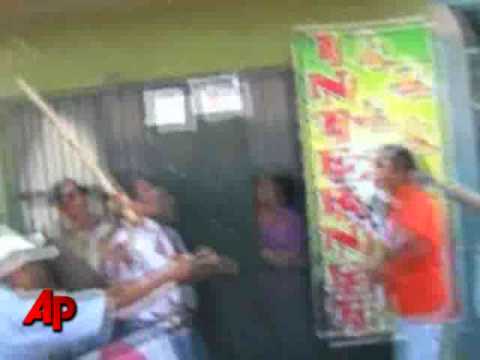