Jon Lester pitched seven shutout innings to return to his winning form in Fenway Park, leading the Boston Red Sox to a 2-1 victory over the Baltimore Orioles on Sunday.

It was the fourth straight victory for the Red Sox, who can complete a sweep of the four-game series on Monday morning in the annual Patriots’ Day game.

Lester (1-2) scattered four hits, striking out a season-best nine batters while walking two for his first victory of 2009. Takashi Saito allowed a run in the final inning but held on to record his first save of the season.

Dustin Pedroia knocked in a run for the Red Sox, who have taken the first three games in the series and have won four in a row overall. Kevin Youkilis doubled and scored while Mike Lowell drove in the other run.

I can say with all certainty that this might be, possibly, perhaps, the second most satisfying win of the season.

While Wake's gem against the A's might be certainly more awesome, this one did something to calm a significant fear; that Jon Lester, either by overuse or market correction, is not the pitcher he showed us last season. Is that fear gone? No. 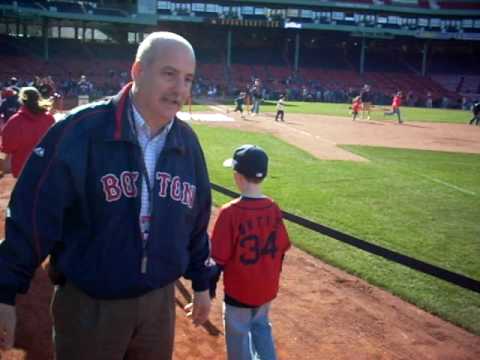