Mark it down: the Red Sox now have two wins on the season.

After a couple of bombs by Jason Bay and six solid innings from starter Brad Penny, the Red Sox took home the 5-4 victory over the Angels on Saturday.

Bay hit his bombs in the 7th and 9th innings while Mike Lowell, slotted right behind him in the lineup, hit his first home run of the season in the fifth inning. While the Angels made it close (bases loaded in the 9th), Jonathan Papelbon closed out the game with a very long at-bat against Howie Kendrick.

Whew. Los Angeles had the bases loaded with two outs in the bottom of the ninth and Howie Kendrick battled Jonathan Papelbon through a 10-pitch at-bat. Kendrick took two strikes, then fouled off seven straight pitches -- Bot was using both his fastball and slider -- before lining out to Rocco Baldelli in right center field.

Good to get a win--and with our fifth starter. I love watching Bay hit homers in that Angels park, reminds me of last year's ALDS. Did you notice his sleeve socks are crooked? The socks logo, whether alone or as part of the full logo, is something people have problems positioning. I see it messed up on cars all the time. Some people try to make the top of the top sock horizontal--that turns it too far left. Others try to make the bottom of the bottom sock horizontal--that turns it too far right. And that's what they did with the socks on Jason's sleeve. It's almost like each player was given a logo for their mom to iron on, and Jason's mom got a little too creative. His socks look like they've just kicked, angled up and turned counterclockwise. Maybe that was the key to his success in the field and at the plate in the new road uni, though.

The Red Sox snapped a three-game losing skid with a 5-4 victory over Angels Saturday afternoon.

Brad Penny made his Red Sox debut and worked six innings, allowing three runs on five hits with two strikeouts. Jason Bay led the offense for Boston with a pair of home runs, including a two-run shot and a solo homer. Mike Lowell contributed a two-run homer en route to victory. 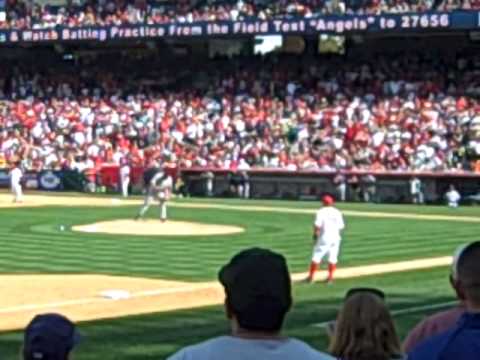 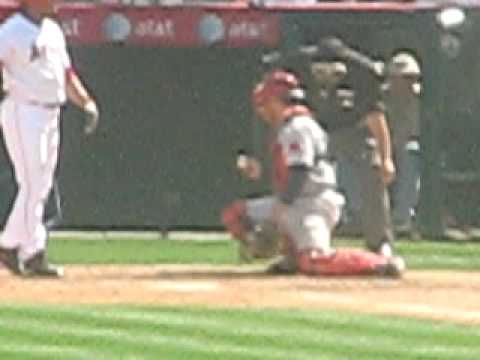