The King of Fighters XII is Released

SNK Playmore announced that it is abandoning the Atomiswave system and is moving its most popular game franchises to the Taito Type X2 arcade system. KOF XII uses newly-drawn 2D sprites on 2D backgrounds. Due to the time the developers took to make the sprites, there are 20 playable characters (the lowest number of characters ever had in a game from the series). The game was released in Japan in April 2009 for arcades. Home versions of the title for Xbox 360 and PlayStation 3 (PS3) had a worldwide release in July 28 of the same year. Like The King of Fighters '98 and The King of Fighters 2002, this game does not have a storyline; the saga from Ash Crimson that started in King of Fighters 2003 will finish in a sequel.

KOF XII uses the usual 3-on-3 team system with each fight consisting of up to five rounds. However, the Tactical Shift System from The King of Fighters 2003 has been removed. KOF XII also introduces the "critical counter" system. When a player lands a close strong punch as a counter, the character enters into a critical counter mode where the player has a short amount of time wherein their character can link multiple attacks together. Once the critical counter's time period has expired the player can finish with a special move. The new "Guard Attack" feature allows a fighter to intercept and hit an incoming opponent's strike damage free (even Desperation Moves can be repelled in this fashion). Finally, there is also a "clash" system in place (called the Sousai or "Deadlock") wherein characters who land blows on one another with matched timing, the engine will generate a 'break' effect and push the characters away from one another into a neutral standing. As it happened with The King of Fighters '98 and The King of Fighters 2002, the game does not contain a storyline allowing the return of several characters depending on their status in the series. Additionally, there are no official teams, leaving the player to create any team to use. Players can still dash, backstep, and perform rolls as their evade. The Guard Breaks from previous games can now be done at any time.

King of Fighters XII is fun to play when you're fighting a buddy locally, but everything else about the game is seriously lacking. This is not the franchise rebirth that SNK was hoping for, as smoothly animated sprites can't make up for the bare-bones presentation and broken online support. Even though this might seem like a must-buy for hardcore King of Fighters fans, I still wholly encourage gamers to pick up a copy of BlazBlue instead. It's a far superior game. 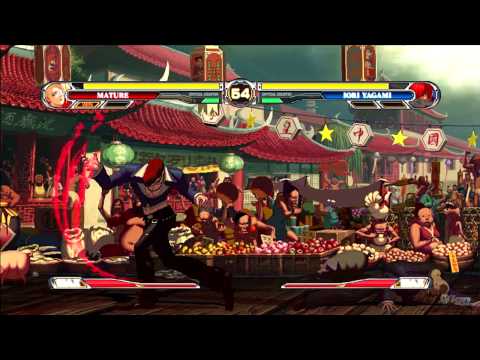 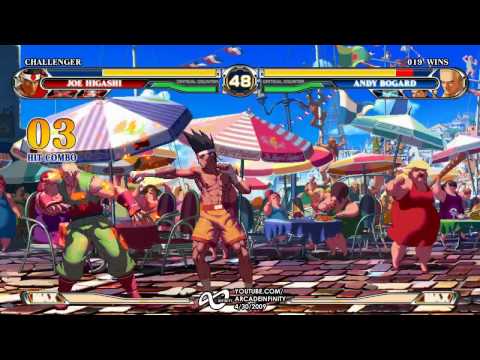 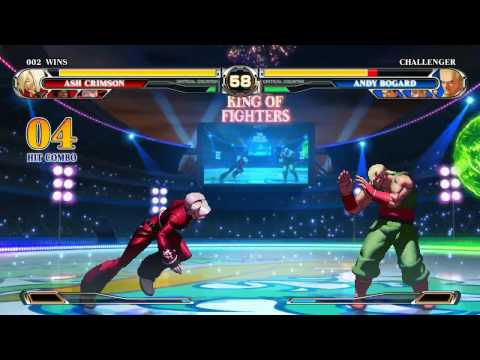