A dam has burst south-west of the Indonesian capital Jakarta, killing at least 58 people.

Witnesses said a "horrifying" flash flood of water up to 4m (13ft) deep engulfed hundreds of homes in Cirendeu in the Tangerang district.

Officials say they expect the death toll to rise, and 150 body bags have been sent to the scene.

An official said the Situ Gintung lake behind the dam became overloaded after hours of heavy rain.

"The dam was an old dam, 16m (52ft) deep," said Ratu Atut Chosiyah, governor of Banten province, where the lake is located.

"Last night, because of heavy rain, the dam could not hold back the water so it broke," she added.

Governor of Banten, said on Friday that up to 250 houses and other buildings were damaged or destroyed by the broken Situ Gintung dam in Cireundeu, while the number of deaths rose to 48.

Number of victim increased by Friday afternoon to 48 as rescuers retrived more bodies and took them to the makeshift morgues at Muhammadiyah University and Ahmad Dahlan Economics College, and to Fatmawati Hospital.

Ratu Atut Choisiah, the Governor of Banten said the provincial government planned to provide support for the losses. The regional government, Ratu said, will provide cash support ranging from Rp 5 to Rp 30 million for Cireundeu residents that suffer property damages in the disaster, depending on the extent of damage.

The area experienced several hours of heavy rain on the night of 26–27 March 2009 which caused the dam level to rise, apparently because the gate leading to the spillway was too small. The dam was overtopped, eroding the dam surface and resulting in a breach 70 metres (230 ft) wide at around 2 am on 27 March local time (7 pm 26 March GMT). Cracks were reportedly visible in the face of the dam embankment from around midnight. The dam operators apparently sounded a warning siren shortly before the dam failed. A surge of water and debris several metres high was sent into the town of Cirendeu, washing away cars, houses and a brick-built bridge. The flood hit while most of the population was asleep and left standing water up to 2.5 metres (8.2 ft) deep. Many people were trapped in the town, many townspeople took to their rooftops to avoid the floodwaters. The flood killed 98 people, and 5 more are unaccounted for. The waters also inundated around 400 homes of which 250 were damaged or destroyed, displacing 171 people. The flood submerged five power terminals cutting drinking water supplies to the nearby suburb of Lebak Bulus.

The government of Indonesia evacuated people to higher ground at a nearby university campus. The Indonesian Army was brought in to rescue survivors and to move dead bodies to a nearby makeshift morgue. The site of the disaster has been visited by President Susilo Bambang Yudhoyono, Vice-President Yusuf Kalla and Welfare Minister Aburizal Bakrie and the government stated that it would pay for repairs to houses damaged by the flood. Emergency repairs to the dam structure are underway and the government has begun inspections of similar dam structures. President Yudhoyono promised that the cause of the disaster would be investigated, and any dam staff found to have been negligent in their duties would face court charges. Six officials have since been cited for negligence by the Indonesian Forum for the Environment. 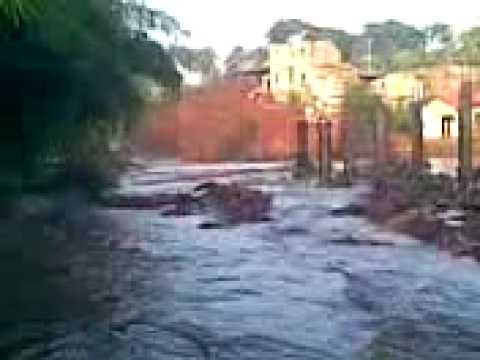 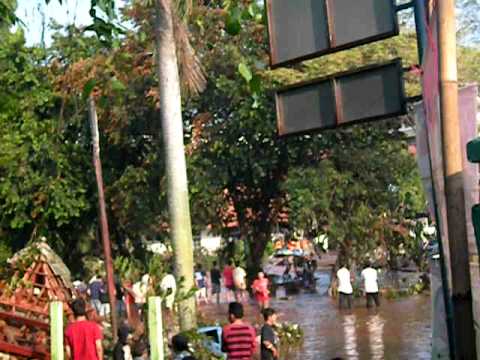 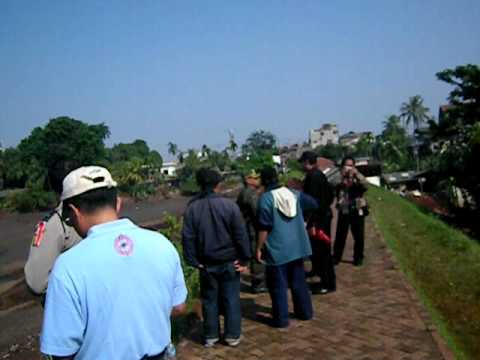 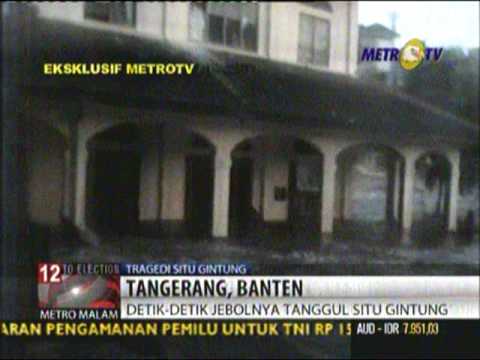