Former Gov. Rod Blagojevich is vowing to expose "the dark side of politics that he witnessed in both the state and national level" in a book due out later this year, his publicist announced Monday.

Hours before the press release about the Blagojevich book came out, one of Blagojevich's chief critics, state Rep. Jack Franks (D-Woodstock), announced a move to bar the impeached ex-governor from cashing in on the deal if he winds up being convicted of federal charges.

I don't think Rod Blagojevich has a principled bone in his body. I think everything he's done is for his benefit and his benefit only.”

There were some people in high places who didn't want the governor to write this book and worked to try to squash a book deal.”

This morning I did a quick scan of all the texts on my bookshelves and confirmed what I thought to be true. I have no book written by a scoundrel. I have books about Stalin, Hitler and confederates, but they were all written by historians. I also confirmed that for all the love I have for reading books, and all the joy that politics provides me, I have no current books by those who just left the stage. After all, wasn’t I just reading the first accounts of history in the morning newspapers? I like to let the recent past ‘jell’ before I start to read retrospectives of it.

Which brings me to the truly disheartening news that former Illinois Governor Rod Blagojevich has sealed a six-figure book deal. The fact that he has no other claim to fame than being a corrupt politician should not be a reason that a publishing company antes up a fat check for his tale. While he did a few things with health care that were creative and useful, they alone do not rise to the level of warranting a book deal. 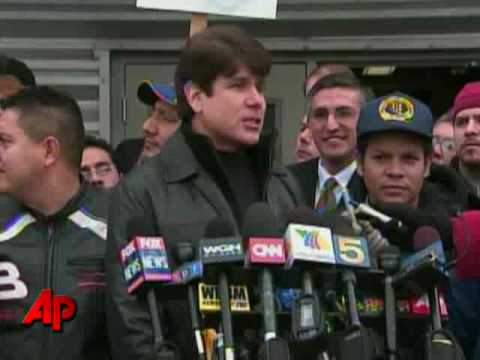