The majority of the fires ignited and spread on a day of some of the worst bushfire-weather conditions ever recorded.

Temperatures in the mid to high 40s (°C, approx. 110–120°F) and wind speeds in excess of 100 kilometres per hour (62 mph), precipitated by an intense heat wave, fanned the fires over large distances and areas, creating several large firestorms and pyrocumulus systems, particularly north-east of Melbourne, where a single firestorm accounted for 120 of the 173 deaths. A cool change hit the state in the early evening, bringing with it gale-force south-westerly winds in excess of 120 kilometres per hour (75 mph). This change in wind direction caused the long eastern flanks of the fires to become massive fire fronts that burned with incredible speed and ferocity towards towns that had earlier escaped the fires.

The fires destroyed over 2,030 houses, 3,500+ structures in total and damaged thousands more. Many towns north-east of the state capital Melbourne were badly damaged or almost completely destroyed, including Kinglake, Marysville, Narbethong, Strathewen and Flowerdale. Many houses in the towns of Steels Creek, Humevale, Wandong, St Andrews, Callignee, Taggerty and Koornalla were also destroyed or severely damaged, with several fatalities recorded at each location. The fires affected 78 individual townships in total and displaced an estimated 7,562 people, many of whom sought temporary accommodation, much of it donated in the form of spare rooms, caravans, tents and beds in community relief centres.

The radiated heat of the 100m-high flames was capable of killing people up to 400m away.

Fire behaviour expert Kevin Tolhurst told the Black Saturday royal commission that the energy produced by the fires in just a few hours on February 7 was enough to provide Victoria's industrial and domestic energy needs for a year.

Flames fed by fuel loadings of up to 45 tonnes per hectare reached temperatures of 1200C, melting road signs. "The energy of the fires was equivalent to more than 1500 atomic bombs the size of the one used at Hiroshima, which devastated an area equivalent to 2000ha, but bushfires release their energy in a storm, not a blast," Dr Tolhurst said after studying the fires. 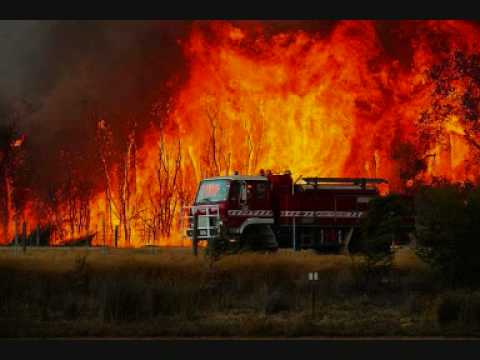 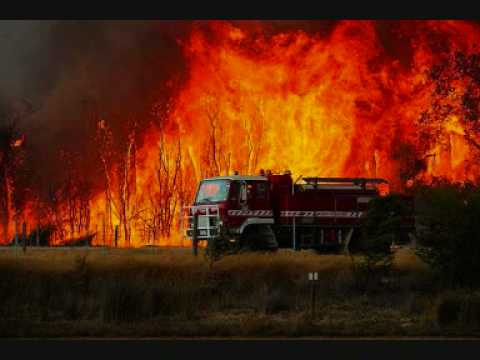